A Donna Is A Precious Thing

So What Do You Do Now 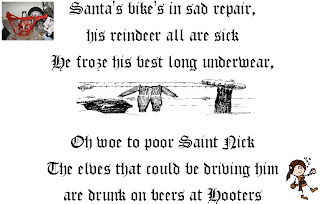 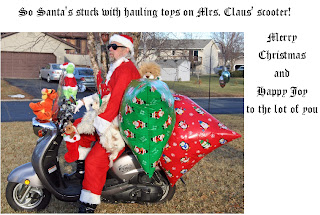 To the Hound's Ear


(A 931 word non fiction on the subject: silence)
I am not ordinarily one to argue with science, but I do have my peeves, one being the theory that all human beings are related evolutionarily to simians. I happen to believe that while most of our kind bear genes that would not be out of place when compared to chimpanzees, a few of us more closely resemble the dog. Think upon your collegiate experience for example. Was there not at least one member of your “crew” that spent far too much energy scratching themselves? Did this person seem to not understand the word inappropriate? Haven’t you had at least one friend who would bark at the slightest of sounds, stand at the door panting until you came home, chase cars for fun or have sex only in the “doggie” position? You see my point. We are few, but we are with you.
Perhaps I’d never have recognized this phenomenon if I hadn’t come to identify and then understand my own specific dogginess. Yes, it is my contention we anomalies display only one of our ancestor’s traits; the scratcher merely scratches, those who howl at the moon, well, those that aren’t actually related to chimps and have simply gone insane, only howl at the moon and so on.
So what is my canine quirk you ask? I possess the ability to interpret sound at frequencies far above the human threshold. Put simply, I hear in silence.
I grant I can only prove this anecdotally; I am not a scientist but a very lightly educated man. Yet I am reasonably sure when you hear the stories that serve as the basis of my contention, I think you will agree that I am of the dogs indeed.
I only need to scry a face to hear the sounds. While peering at a young lover I will hear them say “I love you so deeply no words would serve to explain my adoration and so I will simply stare into your soul until you understand”. If it were a slightly introverted lover they would say the entire aforementioned quote, plus “I only hope that you’re not creeped out by my staring.” Were it a moderately paranoid, introverted lover they would unload all I’ve written before plus “and I hope you’re not creeped out that I thought you might be creeped out.”
I know; amazing isn’t it? There are times when I don’t even need to see a face to hear the words. From a rental agent I can hear “Of course I’m rejecting your application because you’re black; but if you think I’ll say so out loud rather than provide you and the ACLU a nebulous but totally defendable excuse, you’re not only inferior but crazy.”
Much of the time my dog-eared self finds this power a burden. It’s probably why I talk so much truth be told. The silence is often deafening. And sometimes, while the ability is absolute, the interpretation of what is received is lacking. I can’t tell you how many times I’ve seen lips say “I love you” while what I hear is “I’ve never loved you and never will, but thanks for the hand up.” You’d think this talent a boon and yet I regularly find myself ignoring the audio while accepting the lip gloss (so to speak). Even having the facts in hand can’t solve every problem. (Were I able to fully connect my logical mind with my dogonality I might be able to develop quite a career as a biological lie detector, but as of this moment that combination is in the developmental stage)
I admit, it’s good to be privy to some of life’s noiseless chatter. For instance when my grandmother told me that she really wanted me to become the first American Pope without so much as opening her mouth much less making the sign of the cross, I was moved to tears. (Of course she was at the time hugging me so hard I thought the top of my head was going to pop off)(And that made me wonder if grandmas were the reason monks all had that “special” look)
I would also venture that when my wife mouths “I hate you” and what actually comes out is “no I don’t really, I’m just mad at you”, I get down on my paws and thank my genetic forbears that I was born a dog and not a monkey, so to speak.
There is though I must say in closing, one aspect to my endowment that always bothers me; that will make me wish I had been born an ape each time it happens. I call it the “Yes Conundrum.”
It generally appears in my relationships to female acquaintances, though to be sure there was one male I knew before his untimely death who would belong in the group I reference.
At times I’ve seen the face in question before hearing the sound; at others, I’ve only needed the silence at the other end of a telephone connection. The Yes Conundrum goes something like this:
Yes, he beat me again.
Yes, I’m alright.
Yes, he cried.
Yes, he apologized.
Yes, he promised he’d never do it again.
Yes, I should leave.
Yes, I’m staying.
Yes, I am praying that you say nothing about this but only tell me once again you are my friend forever.
To eliminate this sound from my extended range, I would not only give up my canine talent, but my ears themselves. Well, except the last half of the last line. Those words I can deal with, spoken silently or aloud.
Posted by Bragi Stringbreaker at 7:00 PM 1 comment: