I left Shiprock (of Shiprock fame) early. Lucky for me, the cops get up early in Shiprock.


I have had one traffic ticket on a motorcycle in my entire 40 years of riding, and you’ll never guess where I got it. 54 mph in a 50 mph zone. Four stinkin’ miles an hour. Of course the day before I was doing 120 in a 55, but that doesn’t count since I didn’t get caught so it didn’t really happen. I was gracious to the officer. I sure as hell didn’t want to spend any more time in Shiprock than was necessary; I am certain that being bored to death is a painful way to go.


The next couple hundred miles were in Navajo country. The Navajo nation is damn near as big as our largest states, but it is, sadly, full of nothing. Poverty… there is poverty and addiction. I’m sure there are plenty of middle class folk on that reservation who have decent jobs and carry on with their lives just like the rest of us do. (Even the word reservation makes me cringe. Like we had a Maitre D’ standing at the entrance to hell on earth and he said “welcome you folks with the blankets and feathers, we’ve been reserving this piece of barren rock for you”) But there are many who have nothing, who live on nothing, who’ve hopes of nothing.


I didn’t really need jewelry, but every 30 miles there are ramshackle kool-aid stand looking buildings by the freeway with local artisans selling their wares, and eventually my resistance to doing something for the local economy wears down. I’d have to bet some of them live in an LA mansion and fly out in their private jet to fleece the tourists with their “just getting by” act, just cuz that’s the kind of cynic I am; but I can usually spot a phony a mile off as poverty has an aura and I was schooled in its colors. I bought a nice turquoise ring from a lovely woman who had an amazing smile. As I am not a jewelry caretaker, it fell apart within a year and the band found its way into a smelter, but I did my part and that’s a good thing.


Long after the trinket sellers were behind me I came upon another oddity of the southwest reservations; the “smoke shop” shaped like a teepee. I have to wonder if the owner is proud that his heritage is displayed atop his shop, indifferent, or humiliated by the lengths he needs to go to have a viable business in an inhospitable land. I’ve never asked the question; I should have, I’m actually curious. I’m sure the answer is “ask a hundred of us and you’ll get a hundred answers”, but I lust like to prove to strangers that I think too much.


In my path was the Petrified Forest national park. I’d never seen it and thought it’d be silly to blow by it without a glimpse, so I paid my fee and drove the loop. I guess I’m just not a rock guy. Oh, I like rocks just fine, but my heart doesn’t go pitter pat at the sight of a cool rock. I did see a couple of tree stump rocks that were fascinating, but for the most part, it was a lot like a quarry tour, though had I stopped and gotten off, walked the half mile to each little interpretive kiosk, I might have enjoyed it more.


America has some absolutely amazing topography spread across its girth, and one of those places is the Mogollon Rim which stands above much of the Tonto National Forest. The rim is basically the end of the Rockies and its high desert and the Tonto, a conifer forest, smothers the sandstone walls and slopes with scent and color that’s unforgettable. Unfortunately since I was there it was the site of the largest forest fire in the state and changed the scenery over thousands of acres for decades yet to come.


As I slid toward the sprawl that is Phoenix, it finally became warm enough to doff my leathers and wear nothing but a t-shirt over my chest. It was a relief, not only to lose the chill but the weight of all that clothing. The last 50 miles is stunning, the road, twisty and rolling, the flora changing faster than you can blink. Spruce gave way to scrub and pinion, gave way to olive, ash and cottonwood, gave way to Saguaro and barrel cactus. The city was invisible until the last moment, lying on the west side of a small mountain range that protected we travelers from the ugliness that a city of size offers. And then, pop, we were out and into the houses and ranches and strip malls of Phoenix Arizona. It was time. I was tired, and ready for a long, long nap.


It took another hour to get to my aunt’s house where I had to go first as I didn’t have a clue as to where my dad’s home was at that point. I’d been there as they were building it, but I didn’t pay attention to the directions or the address for that matter. The only thing I can say about movement in Phoenix is, it’s fast. Many of the main city streets are 50 miles an hour, which is fine once you’re accustomed to it, but pretty scary if you’re not sure where you’re going.


I spent a little over a week there; an eventful week, a week of emotional teeter totter.
road map 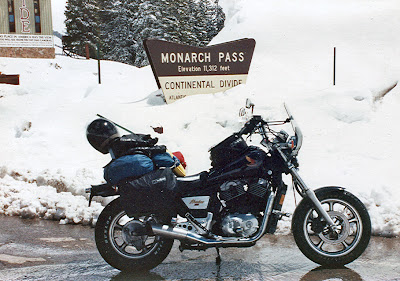 Email ThisBlogThis!Share to TwitterShare to FacebookShare to Pinterest
Labels: Rockinghorse

Email ThisBlogThis!Share to TwitterShare to FacebookShare to Pinterest
Labels: Rockinghorse